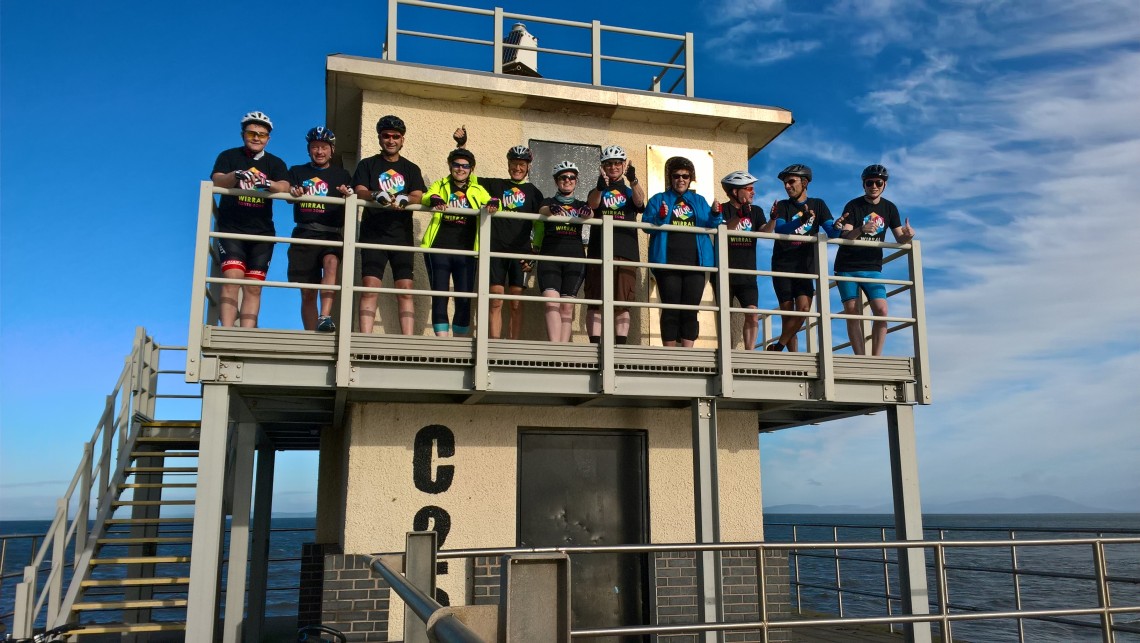 The Hive Youth Zone General Manager, Stuart Barnes, joined international law firm Hill Dickinson to go the extra mile in aid of Wirral Youth Zone cycling the 150 mile Coast to Coast challenge from Workington to Sunderland recently, to raise over £7,000 for Wirral’s young people as well as sign up as a Founder Patron of The Hive!

Day one saw the team cycle through Cockermouth, Keswick and Greystoke before arriving in Penrith, taking in 58 miles in the process. Day two saw the team cycle less miles, 40 to be precise, but hills were of the essence, climbing over 5,000 feet during the day. They passed through Hartside, Summit at 1903 feet, Garrigill and finally arrived in Allenhead. The final day, the team endured a 52 mile slog through Parkhead, Consett and Stanley they eventually arrived in sunny Sunderland at 5pm on Sunday afternoon.

After a total of 150 miles, numerous falls, wrong turns and umpteen sore bodies, the team battled through to complete the gruelling challenge on schedule. The team’s efforts are ensuring the sustainability of the project which will raise aspirations, improve health and well-being and enhance prospects of young people across Wirral.

The Hive’s General Manager Stuart Barnes said: “The 150 mile distance was actually only a small part of the challenge, the 12,500 feet of climb being the real test! Taking this on with the amazing team from Hill Dickinson was however, a great pleasure, with their dedication and determination to both the physical challenge and the fundraising being a source of encouragement and inspiration! Most of the team would describe themselves as “non-cyclists”, some even buying bikes for the event, and this made the achievement all the more special. Everyone involved with The Hive is extremely grateful for the support from the Hill Dickinson and the funds raised, will quite simply change lives for the better.”

Hill Dickinson’s Alan Pugh said: “Having seen the plans for The Hive and hearing about the difference it will make to the community in Merseyside we were delighted to take part in the challenge. I hope that our support can help this important project to have a sustainable and bright future.  Knowing the positive impact that The Hive will undoubtedly have on the lives of young people, has made the pain and aching muscles all worth it!”

The team have raised close to £7,000 and you can show your support to the team by donating on their official event fundraising page here: https://uk.virginmoneygiving.com/Hill.Dickinson.