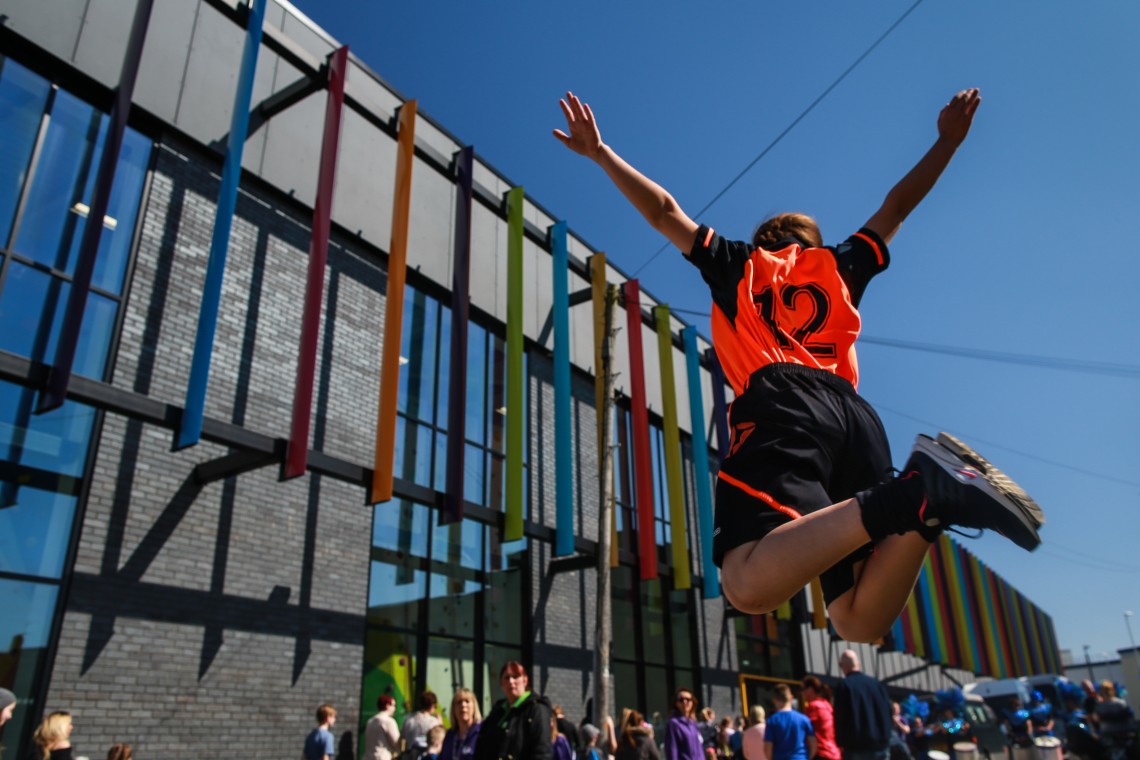 Wirral’s landmark £6m facility, The Hive Youth Zone has been open less than a month and has already hit the 3,000 members mark!

The Youth Zone opened its doors for the fist time on Saturday April 8th marking the day with its 1000 member, Rosie Lovett named as the lucky member who also played a part in naming Wirral Youth Zone, ‘The Hive’ back in 2014.

Since then, a staggering 2,000 more young people have joined Rosie as members and in the process, has smashed the first year membership target, after just three and a half weeks of opening.

Membership costs just £5 a year with young people then paying 50p per visit. Young people can sign up online by visiting: www.thehiveyouthzone.org/new-member.

Youth Zone Chief Executive Stuart Barnes said: “To reach 3,000 members so soon after opening is mind-blowing. The team here at The Hive have worked tremendously hard to offer the best service for Wirral’s young people and the membership numbers is now reflecting that. I would like to pay a huge thanks to everyone who has made this possible and a big thank you to Wirral’s young people for trusting us. Without young people, The Hive could not function.”