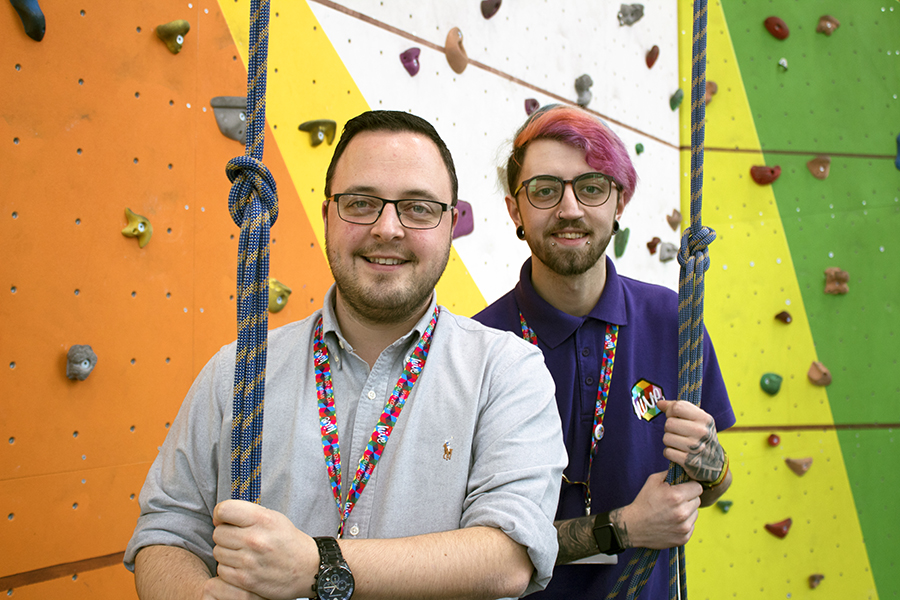 Two members of The Hive’s youth work team, including Chief Executive, Adam Mellor, are set to take on the challenge of a lifetime as they abseil 452 feet down Radio City Tower, in aid of the Radio City Cash for Kids charity.

Youth worker, Lewis Collins will make the descent of the iconic Liverpool landmark alongside Adam on Friday May 10, as part of Radio City’s Superhero Day 2019. The annual event is designed to raise funds to help Cash for Kids support children, across Liverpool, Merseyside and North Wales, who are vulnerable, come from disadvantaged backgrounds or are living with an illness or disability.

Cash for Kids also provides a lifeline to other charities, organisations and community groups in the region and has previously supported The Hive’s Christmas provision.

Now, Adam and Lewis are giving something back by facing their fears and taking on the Skyfall challenge. Both have pledged to raise £500 in sponsorship for the event.

“This is a fantastic chance for us to do something in return for the help that Cash for Kids has provided to The Hive over the last couple of years. It’s a charity that shares our values and, like The Hive, aims to make a difference to the lives of vulnerable children and young people in the local community. We know our supporters will rally to help us raise £500 each and we want to pass on our thanks to anyone who has sponsored us to-date.”

“We’ve had amazing sponsorship support so far and we’re enormously grateful for all of the encouragement and backing we’ve received. Adam and I are excited and nervous in equal measure about taking on the Skyfall challenge, but we know it’s a great opportunity to help a peer charity raise much-needed funds.”

The Hive’s Skyfall duo are now brushing up their abseiling skills on the Youth Zone’s state-of-the-art climbing wall. To help them in their bid to raise £500 sponsorship each, please pledge online now via: https://www.cashforkidsgive.co.uk//campaign/radio-city-superhero-day-2019-fundraising/fundraisers/adam-mellor/