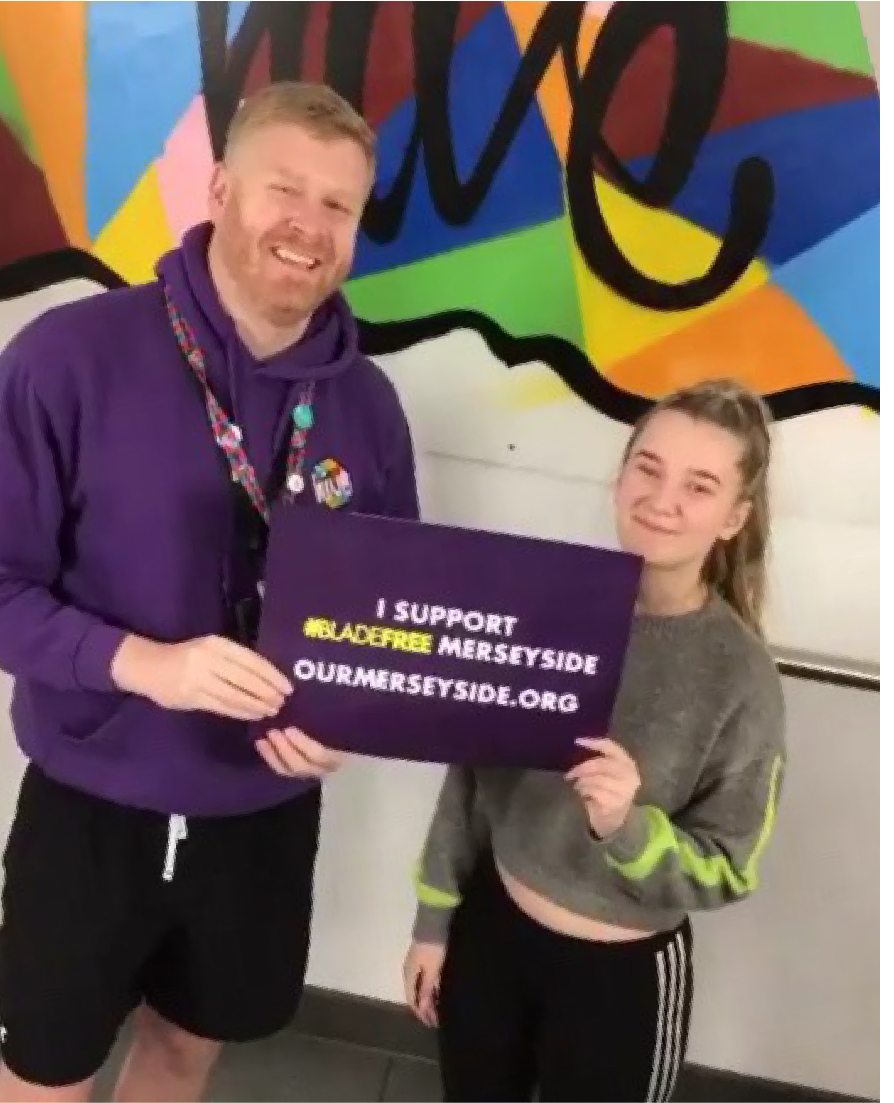 The Hive has been successful in obtaining funding for vital projects which will raise the aspirations of young people and highlight the dangers of knife crime and violence, through engaging physical activity and a range of art, drama and media workshops.

These new projects have been developed specifically for the senior members of The Hive, with the aim to reach out to both current members, alongside plans to recruit young people from specific areas of Wirral. This programme of outreach has been created with support from Merseyside Police to target the area’s most in need of intervention.

The projects launched with a session on Tuesday 14th January, with a visit from the Merseyside Police #BladeFree team who spoke to young people about the campaign and the role their Youth Zone plays in giving them somewhere to go and something to do when school is closed.

To find out more about the projects visit www.thehiveyouthzone.org/HiveAgainstKnives