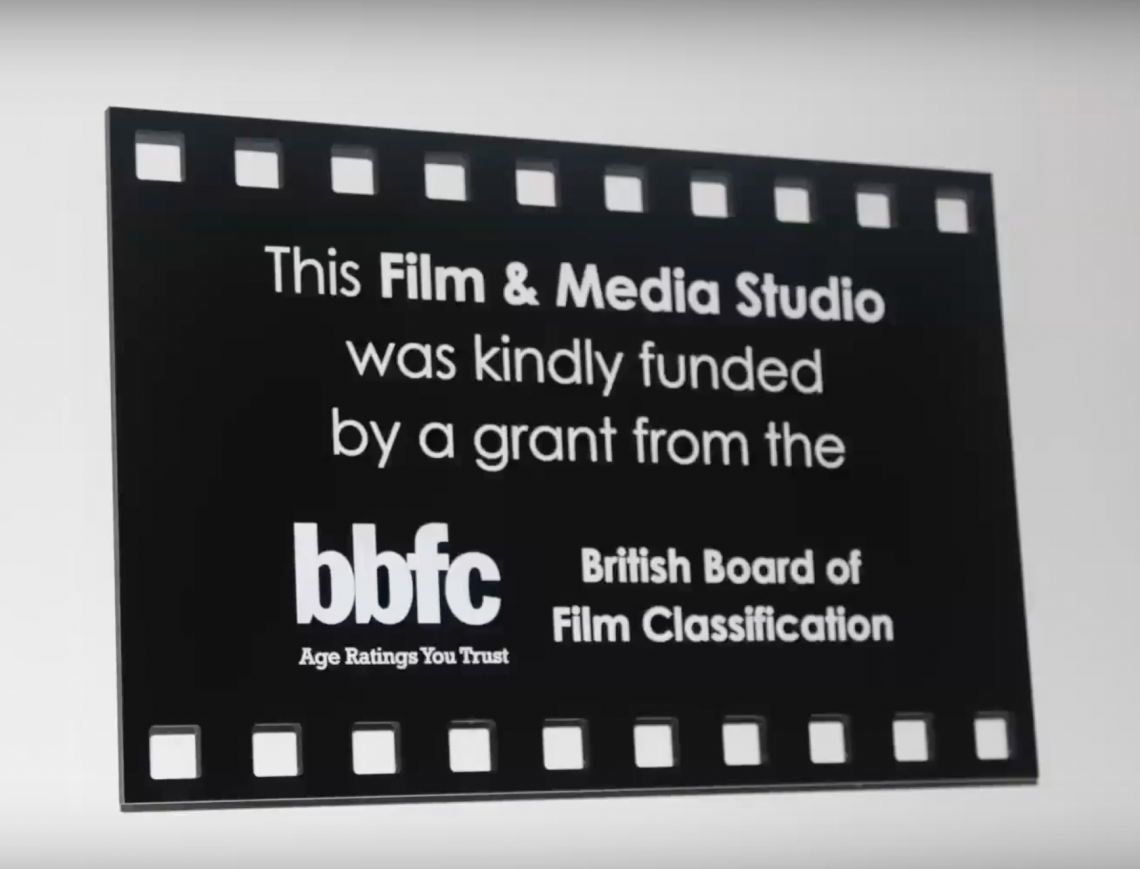 The Hive, Wirral Youth Zone is delighted to have received funding support from the British Board of Film Classification, a non-governmental organisation founded by the film industry in 1912, which is responsible for the national classification of films exhibited at cinemas, trailers, DVD/Blu-ray films and television programmes, and Video-on-Demand content.

The support from the BBFC has enabled the purchase of essential equipment and resource for The Hive’s Film & Media Studio (named as the “Rewind” room by the Hive’s young members), which has enabled this important creative aspect of the Youth Zone to flourish.

The Hive’s young people wanted to say their own special thank you to the BBFC, and using the resources available in “Rewind”, they created the following short film in their honour: